If you work in Chicagoland and require data center services, you’ll most often contract with a data center located within the city, maybe even downtown.  Why? Most often it’s because bandwidth is less expensive in a major city. However, many companies miss a major, almost hidden disadvantage to data centers within Chicago: the congestion.

Say your offices are located in the Western Suburbs and your equipment is colocated at a data center downtown. You’ve just had a hardware failure and need to replace a component in one of your servers. Meanwhile your customers are calling in demanding explanations for down time. You tell them an engineer is working on it, but that it will be at least three hours before you’re online again.

Why so much time? Because it will take at least an hour and a half just to reach the data center. Then you have to diagnose and repair the issue. Now picture the same situation in the middle of the winter with a foot of lake-effect snow. How about finding parking during the Chicago Marathon? Did you know there was a major flood in 1992 that closed down the Loop? Just imagine telling your clients it took three hours for you to swap a hard drive.

Congestion by itself is a problem if you need to immediately get to your data center. Congestion paired with any number of factors relevant to Chicago can turn a simple hard drive swap into a major undertaking with hours of downtime.

Contracting data center services with XNet means you’ll always be able to quickly and easily access your hardware whenever you need. We’re centrally located in the suburbs and easily accessible by three major interstates. With us, you’ll never have to search or pay for parking. Since we’re located in the Suburbs there are fewer congestion problems. We don’t have lake effect weather here and there are fewer environmental issues that affect the area, like flooding.

At XNet, your hardware and data are safe and easily accessible, no matter when you need to access them.

Before selecting a data center in the city, consider these factors that we will cover in later posts:

Back to Top
Latest News 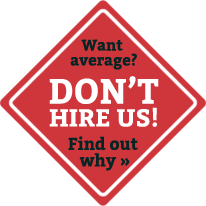